Update: 2019 BC Budget – What does it mean for Kinship Care Families?

Parent Support Services Society of BCUncategorizedUpdate: 2019 BC Budget – What does it mean for Kinship Care Families?
News Archive 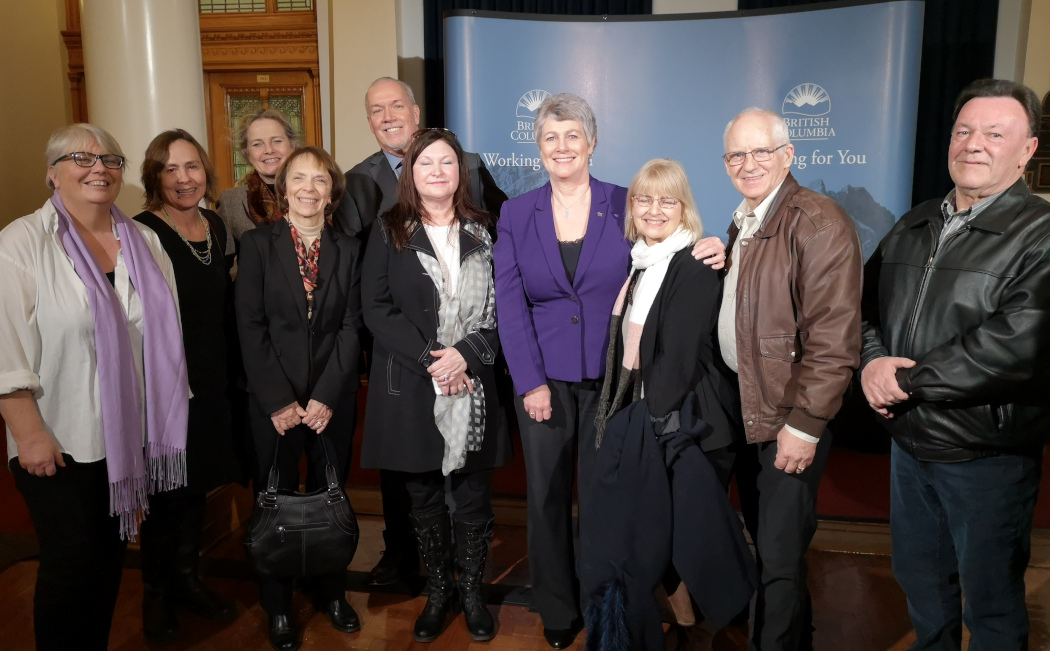 Update: 2019 BC Budget – What does it mean for Kinship Care Families?

To see the table of who will be receiving rate increases click here.

These rate increases for Ministry of Children and Family Development caregivers will come into effect April 1, 2019.

The BC Budget has lots of good news for the families we work with. In particular, Parent Support Services is pleased that the government has listened to the concerns raised by grandparents and other kinship caregivers. We have worked hard to amplify kinship caregiver concerns and share their stories.

Finance Minister Carol James’ budget speech stated: “And I’m proud to announce that extended family, like grandparents and aunties, who support children and keep them out of care, will finally have payments equal to foster parents.”

The BC Government’s budget overview stated: “Extended family, like grandparents and aunties who support children and keep them out of care, will have their support payments increased to match those of foster payments.”

The actual budget document states: “Supporting Children in Care: Importantly, Budget 2019 provides $18 million over three years to support children who are placed in the care of extended family caregivers and adoptive parents. Support payments for the Extended Family Program, which help to cover the cost of basic necessities such as food, clothing and shelter, will increase by approximately 75 per cent, and for the Post-Adoption Assistance program by 15 per cent, benefiting almost 2,500 children.”

This is good news. PSS was invited, by the Minister of Children and Family Development, the Honourable Katrine Conroy,  to Victoria for an announcement regarding caregiver rate increases on Thursday, February 28th.

The budget also stated, “By providing more funding for Indigenous extended family caregivers, government is responding to recommendations from Indigenous communities and Grand Chief Ed John to keep more Indigenous children with their families rather than taking them into the care of the Province.” We are working to find out exactly which recommendations they are acting on.

Our estimate (based on Stats Canada data) is that there are 13,000 children in kinship care in the province – these would include informal arrangements that may not interact with Government Ministries and may not be included in their counts.

PSS will remain in contact with the Minister and expect to get more details about those who are not included in the February 28th announcement. We  continue to strongly advocate alongside kinship caregivers, and work with the Provincial Government, to ensure that all children being raised by their grandparents and other extended family, receive payments that match those of foster children.

It is clear that this budget is a step ahead and will, with the government’s other announcements, make a positive difference in the lives of BC children.

Other important initiatives in the budget include: the new BC Child Opportunity Benefit, that assists low-income families by increasing the benefit amount and extending it to families with children up to the age of 18; continued investment in a universal child care system; increased rates for foster parents, investments in health care for women, children and newborns; the full elimination of MSP premiums; and the small raise in social assistance rates.

Here are some good sources of information about other aspects of the budget:
First Call: https://firstcallbc.org/publications/bc-budget-media-release-bc-budget-2019-brings-financial-relief-for-low-income-children-youth-and-their-families/
Canadian Centre for Policy Alternatives: https://www.policynote.ca/nine-things-to-know-about-bc-budget-2019/
West Coat Leaf: http://www.westcoastleaf.org/our-publications/release-budget-2019-brings-welcome-improvements-in-benefits-but-falls-short-on-legal-aid/

Contact our Provincial Office if you have questions or concerns – 1-877-345-9777 office@parentsupportbc.ca